The owners of The Ethical Dairy had experience of running an organic dairy farm for more than twenty years, and their cows had already benefitted from some of the highest welfare standards in the UK, but they knew they could do even better.

They built a new dairy, specially designed to house calves with their mothers unlike in traditional dairy farms where calves are removed from their mothers within a few hours of birth. And the impact it made on cow contentment was apparently staggering! All the animals were noticeably calmer and far more confident. After two to three months the calves became like teenagers; they loved playing with their pals and really only came back to mum when they wanted food!

The Ethical Dairy are determined to make their radical new model of dairy farming work, and if you’re interested in animal welfare but not quite prepared to walk away from dairy then this farm is one to support. Here is Wilma from The Ethical Dairy explaining how they came to be where they are...

1.How/why and when did you start your business?
David and I started Cream o’ Galloway in 1994.We had two entirely different reasons for starting Cream o’ Galloway.David felt that it was important to diversify the farm by adding value to our milk so that we weren’t so dependent on the ups and downs of the milk price.But for me it was about getting out of the corporate world and creating something small scale without all the corporate speak.I overlooked the fact that you still have to work with a lot of businesses who are driven by corporate mantras!

Much more recently, we started making cheese in 2013 and launched the Ethical Dairy in 2018.David and I have developed into much more crusading people over the years.We’ve experienced the ruthlessness throughout the food industry and at the same time had become extremely concerned about climate change, biodiversity loss, resource depletion and the impact of our food and farming systems on both animal and social welfare.We want to demonstrate that it is possible to run a farming and food producing business much more ethically than the norm.

2. What advice would you give to someone starting a new business in the sector?
The first question I ask anyone who is considering starting a business is “Are you prepared to lose everything?”Lots of people have great ideas, but we underestimate just how long it is going to take to bring them to fruition.Before you know it, you’re having to consider risking everything you have to just to survive or to take the business or to the next level. Banks aren’t nearly so willing to lend money since the crash in 2008, and even less so now because of the Brexit chaos.If you aren’t prepared to lose everything, then do you think you could work with others who would be prepared to invest in the business?

You need an honest assessment of your own personality.A business reflects its owners.If (like us) you are grafters, you’ve got to find someone with sparkle who will be out there promoting you.And if you are that sparkly person, you need to find someone to make sure all the boring bits are in place – traceability, H&S etc.Luckily there is usually someone that you can contract these out to.

3. What motivates you?
A challenge. Or to be more exact – solving one!But life has to have meaning.Neither David nor I would be happy just carrying on accepting conventional thinking.We have to rattle a few cages on the way.

4. How do you think the food & drinks industry could improve?
Where do you start?Whether it is the agri-chemical industry convincing farmers that they need fertilisers and drugs to farm or multi national corporations creating addiction to unhealthy food, a lot needs to change.Governments need to have the courage to impose a tax system that includes the costs to society.They are beginning to talk about this for packaging, but just as important, if not more so, is the food we put in our bodies.

5. Is there an individual or organisation, current or in the past, who inspires you?
Undoubtedly Anita Roddick.She inspired so many and made a business out of rattling cages.She died much too soon.

6. Apart from Greencity, which other three or more people, living or deceased, would you invite to make a dinner party entertaining?
Barack Obama,Mark Thomas, Doris Lessing

If you’d like any more information about The Ethical Dairy, you can check out their website at theethicaldairy.co.uk or contact the Greencity Sales Team who are always happy to help. 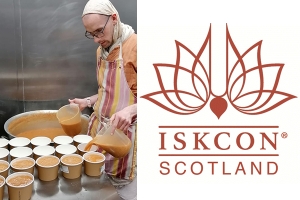 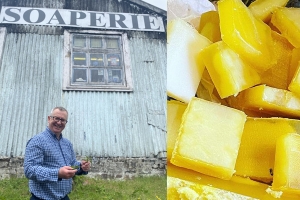 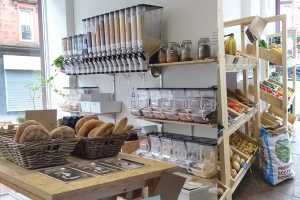 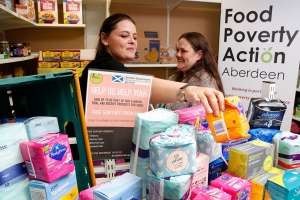